The Greenfield Park Soccer Association (ASGPK) is governed by a Board of Directors made up of volunteers committed to supporting the development of soccer in our local community and representing the interests of its members. The ASGPK is a non-profit organization that strives to provide quality soccer opportunities at an affordable cost to our members. We promote recreational and competitive soccer by offering quality individual and collective development programs.

One of the first competitive SENIOR soccer clubs on the South Shore was in Greenfield Park. EUROCAN FC. was founded in 1977 by Roger Lee, Graham Midgeley and George Mackay. The latter would become the first President.

In 1990, following the merger of EUROCAN FC with DORVAL UNITED, and the subsequent move to Dorval, the remaining members of EUROCAN on the South Shore created a new Club; LEGION UNITED FC of GREENFIELD PARK (the name, LEGION UNITED, was derived from the first major sponsor, Legion 159 of St Hubert). Mick Batista became the first President. 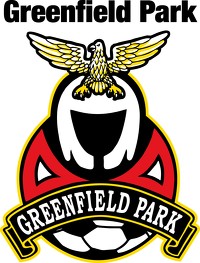